For six years I used a Canon 20D. Then for two years, a Canon 5D. Then came 2012. Tired of carrying around a heavy SLR and lenses, I moved to a more compact system – the Sony Nex system. I first got the 5N, being attracted to the large(ish) sensor and crazy small body. The image quality was excellent – the Sony sensor has 50% as many pixels and several stops more dynamic range than the Canon 5D. Unfortunately, I quickly realized that I really missed having a viewfinder and switched to the Nex 7.

The image quality at lower ISOs is superlative. Tons of pixels (24 million!) and still great dynamic range.  The problem with the Sony E-mount system is the lenses. While Sony has been rapidly iterating and improving their bodies (3, C3, F3, 5, 5n, 5R, 6, 7), their lens releases are a lot more sluggish and un-inspired. They have an OK superzoom, an OK kit lens, an OK wide angle pancake, a very good 24mm prime (but VERY expensive), a mediocre 30mm macro, an excellent 50mm prime (but then, who doesn’t), and are soon releasing a fast 35mm prime and an ultra-wide zoom. I like having a nice trio of fast prime lenses (24, 35, and 50mm “full-frame” equivalents) and Sony didn’t have it – but they did have a really nice “focus peaking” system which makes operating manual focus lenses somewhat easy.

So I ended up with three rangefinder lenses: the Voigtlander 15/4.5, 28/1.9, and 75/2.5. Which worked out fairly well. It was a pain to deal with magenta corners on the VC 15/4.5, but it was manageable. I got lots of very nice photographs. But frankly, I got tired of manually focusing my lenses. I kept missing shots on the street. Apparently I need AF lenses – and I came to realize that Sony (and probably not Sigma) would not provide what I wanted for a long time.

Look at this “roadmap”: 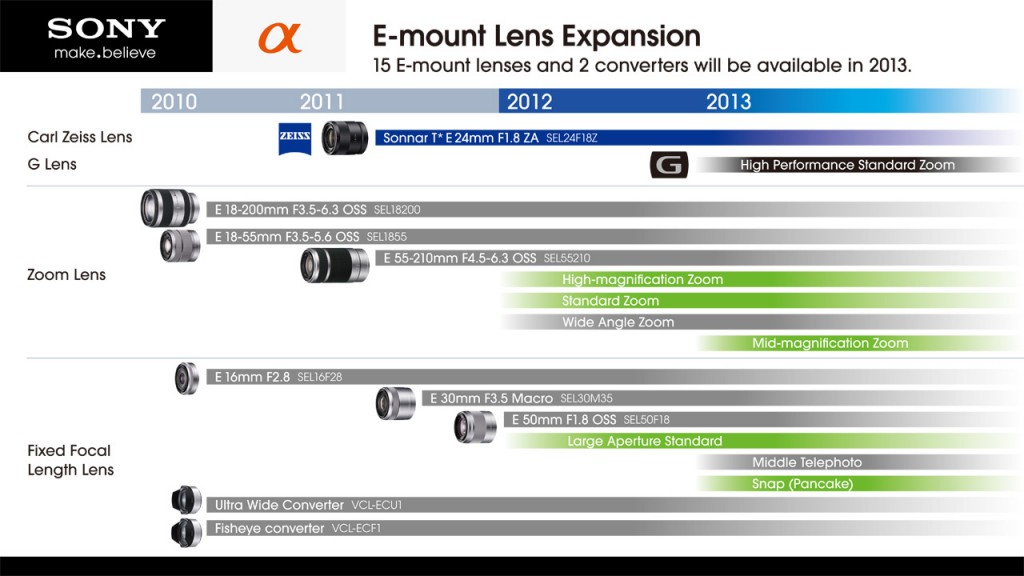 It’s vague in both release date and specification. Even so, it’s obvious that Sony won’t be making a fast wide angle prime anytime soon, they definitely won’t be releasing a more affordable 24mm prime (the Zeiss 24 is not worth $1100 lens). The “Large Aperture Standard” was recently announced to be the 35/1.8 I mentioned above. That meets one of my requirements. But 1/3 isn’t good enough.

But someone else (mostly) had what I wanted.

They had released a neat system. The X-series. Introduced with a sexy, but expensive camera – the X Pro 1. It’s a faux-rangefinder. Petteri Sulonen has an excellent description of the of the features and foibles of this camera. Read it. I was interested in this system when I began the switch from DSLRs to little cameras, but they were just too expensive and the AF too slow. But now with a new firmware, the AF has gotten a lot snappier. With time, the weirdness of the system and a compelling new model, have dropped the price of the system quite a bit on the used market.

Even better, Fuji is kind enough to show a real lens roadmap: 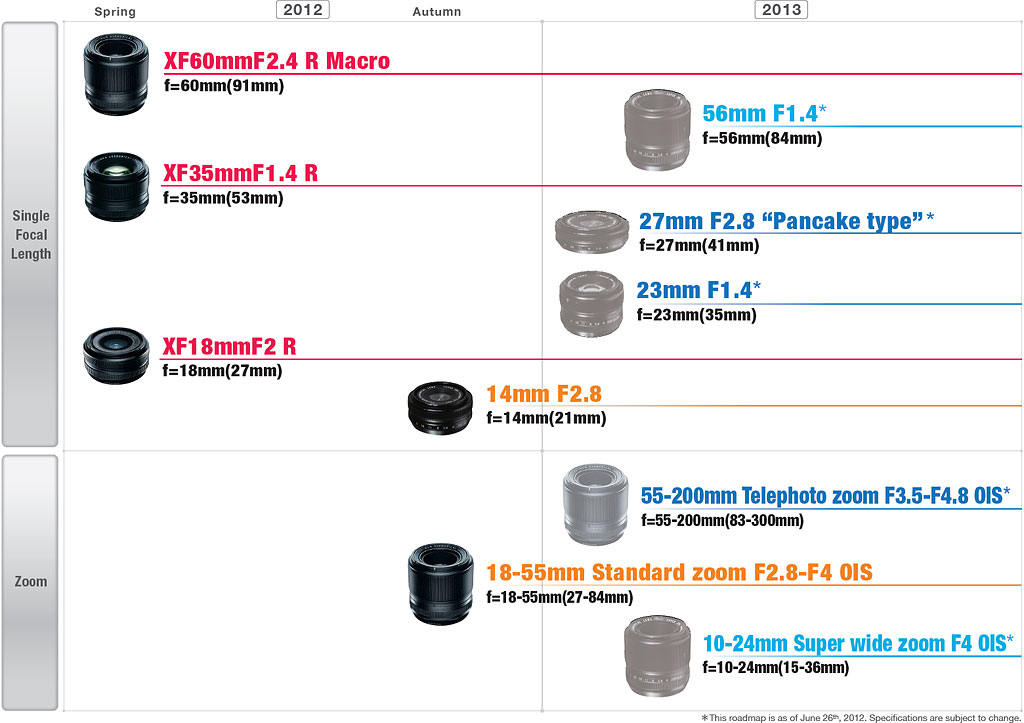 It has got my dream lens on it – a 23mm f/1.4. Faster than the Sony/Zeiss 24mm and given Fuji’s current releases, will have excellent image quality and a more reasonable price. I loved the 35mm f/2 on my Canon 5D and this lens will be a close equivalent.

So, surprise, I got the Fuji X Pro1 and all three of their currently available lenses for quite a reasonable price.

The Fuji 18mm is excellent in the center, even at f/2, and becomes reasonable at the corners by f/5.6. The Sony 16mm f/2.8 was far worse in the corners. The Fuji does has a fair amount of distortion, which is auto-corrected in-camera. 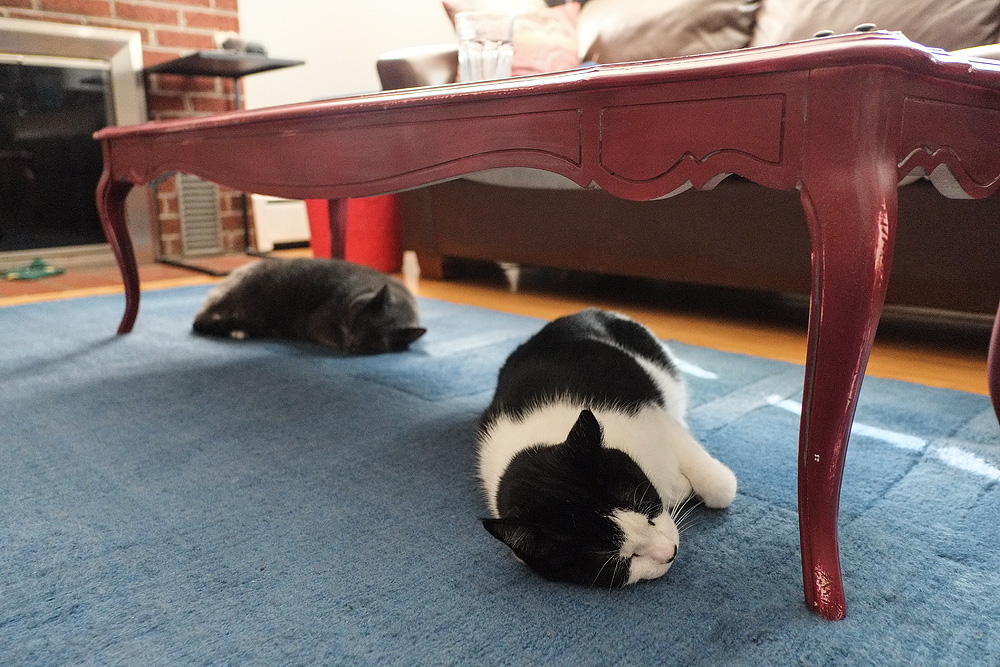 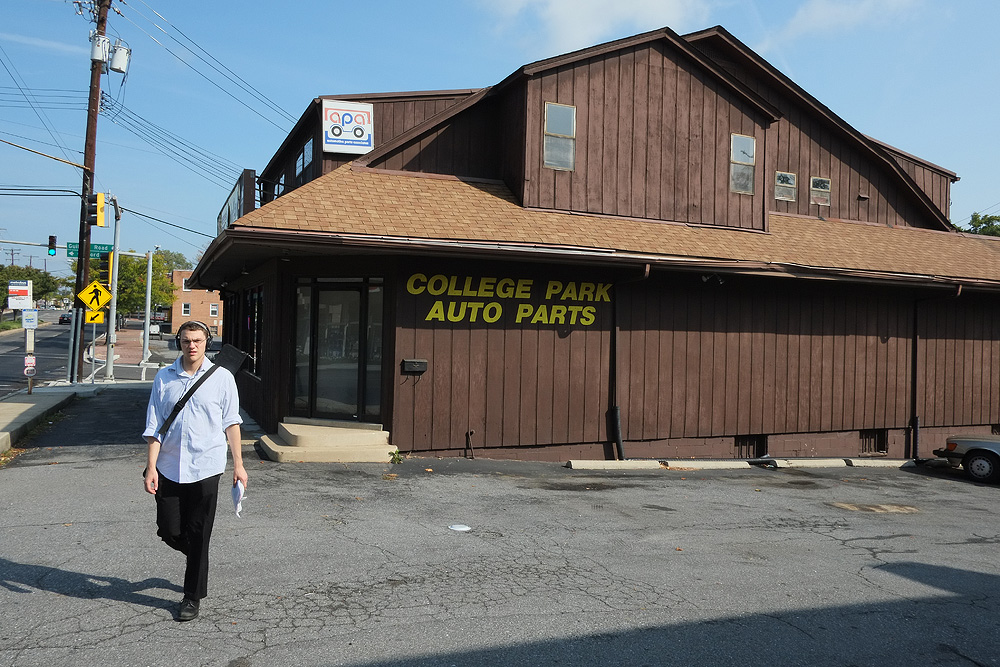 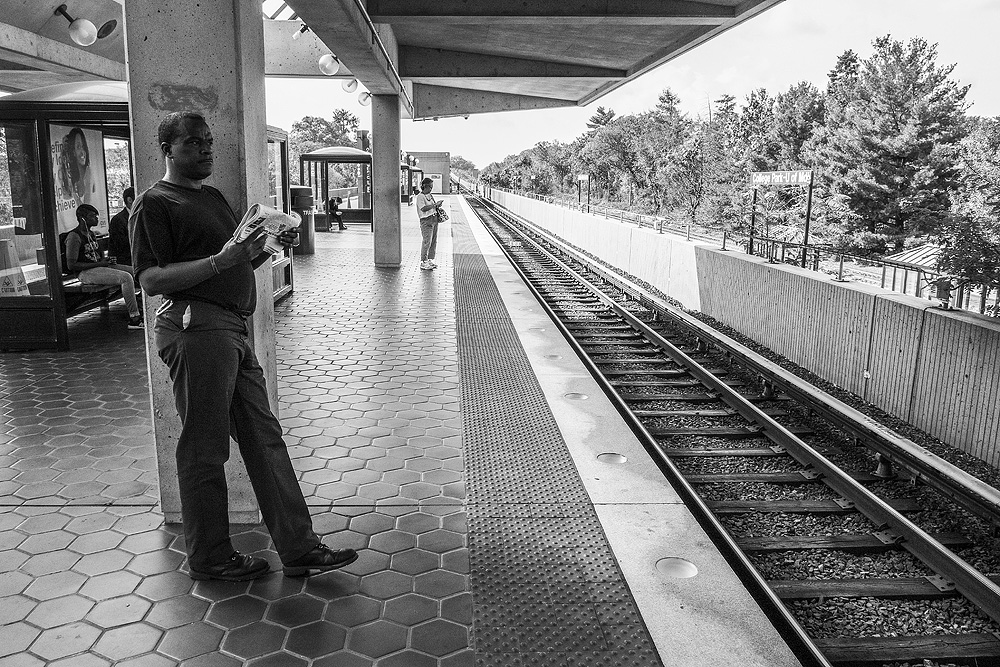 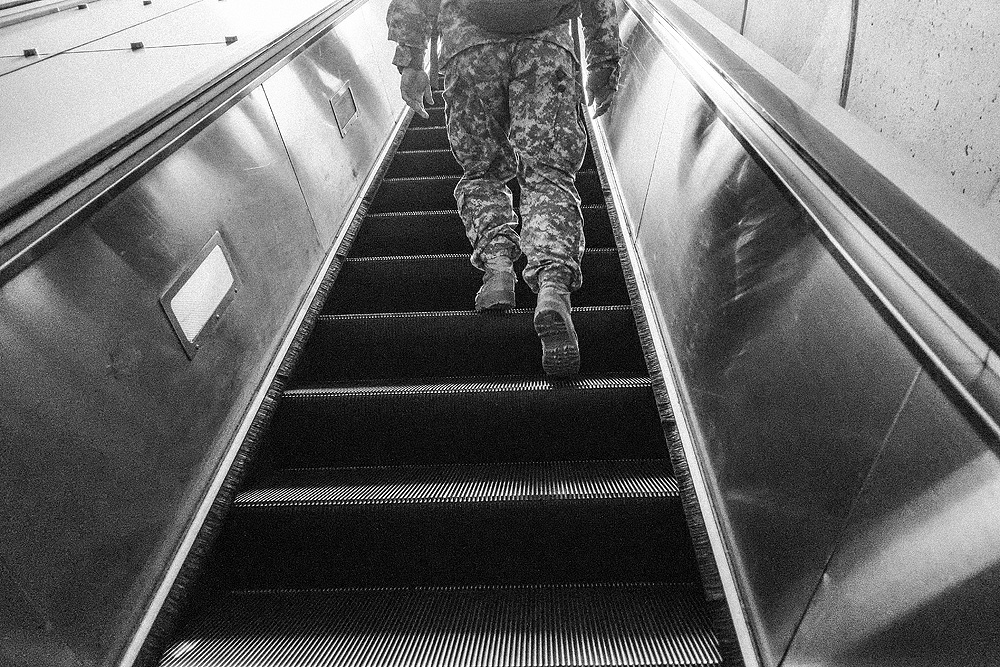 The Fuji 35mm is astonishing. Astonishing. Center-resolution and contrast are fabulous even wide open. The corners become quite good by f/2.8 and fabulous by f/4. It’s small (52mm filter) and lightweight (less than 200 grams). CA is reasonably well controlled. This is a lens good enough to justify buying a Fuji X-something body.

This is the lens I leave glued onto the X Pro1. 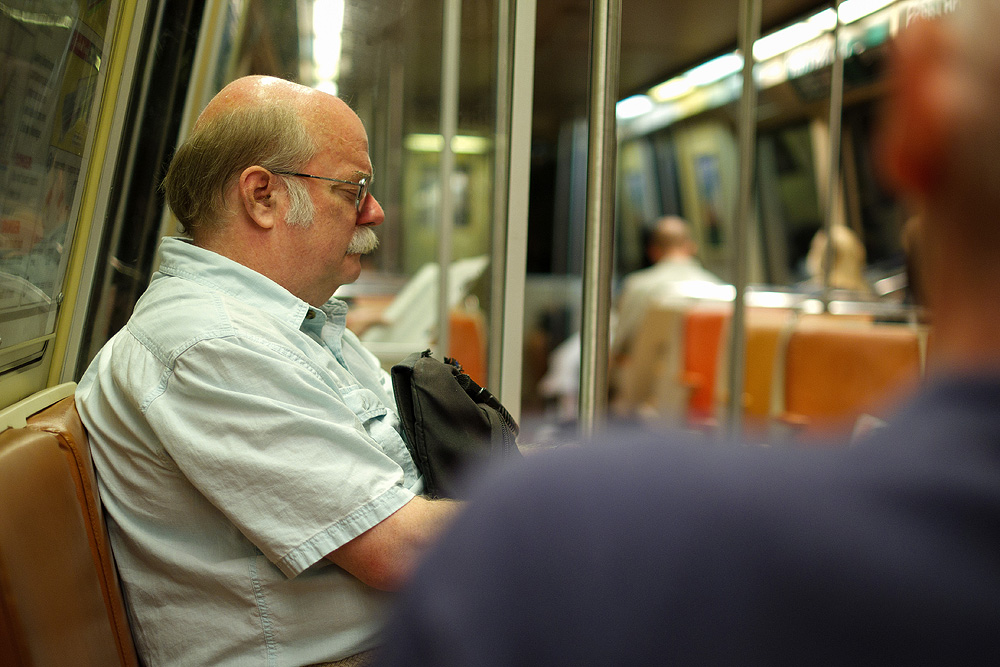 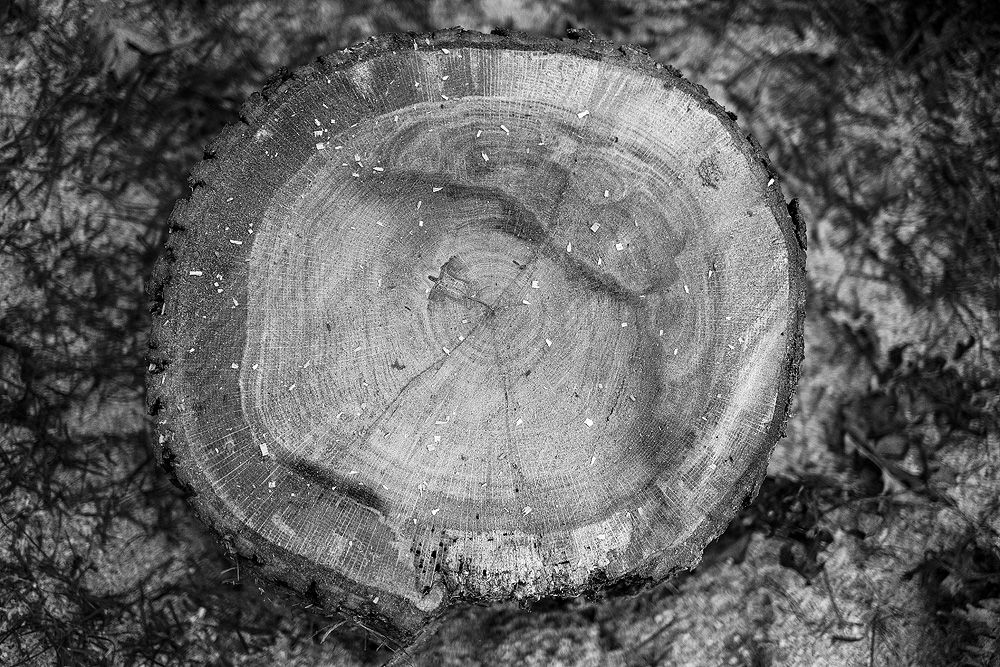 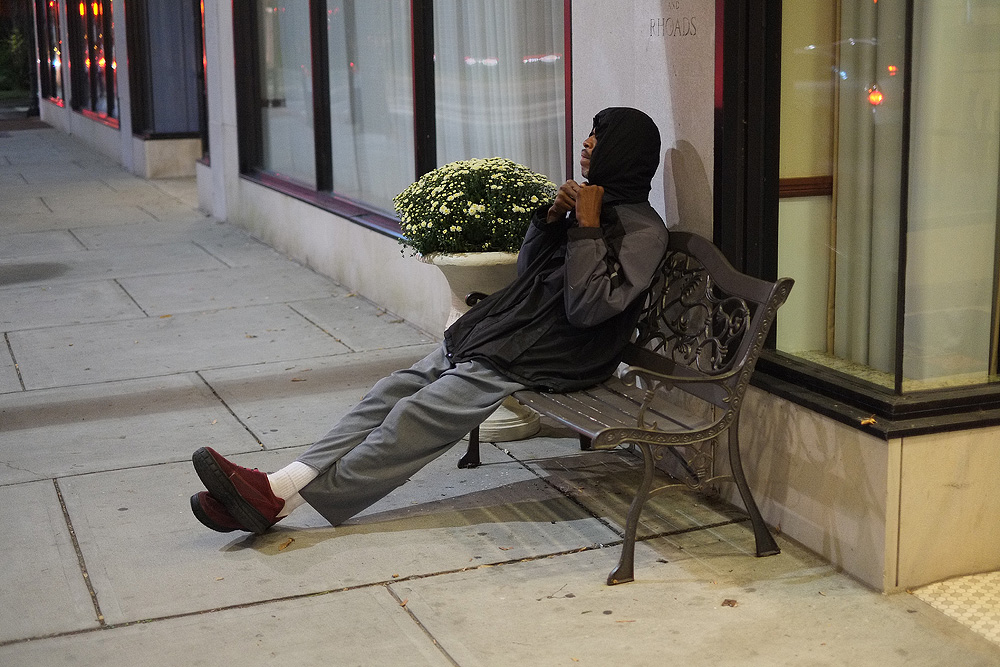 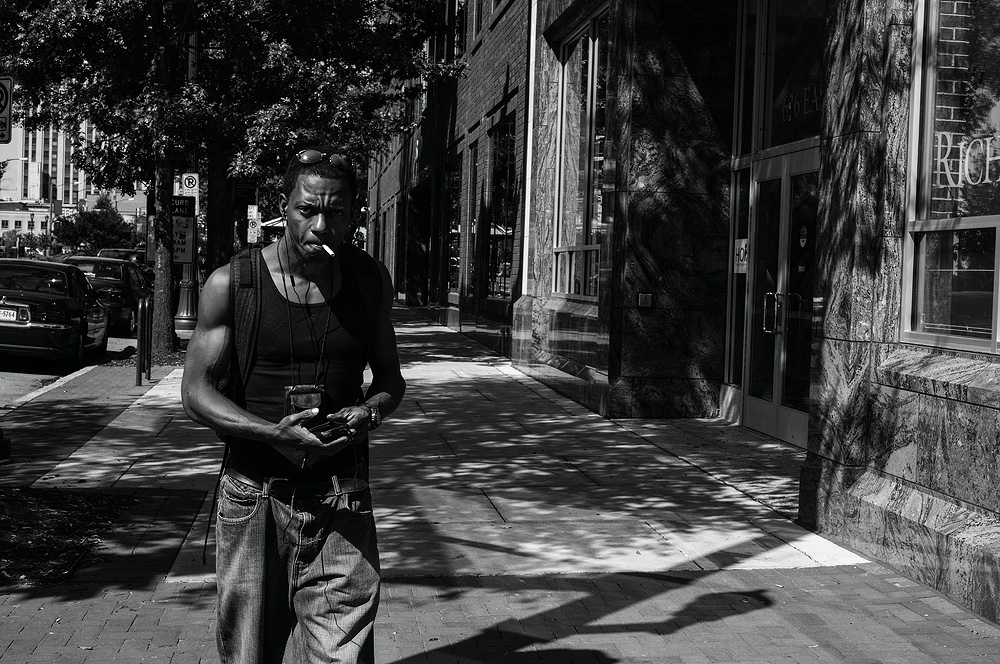 The 60/2.4 also appears to be excellent. I haven’t used it much, so I can’t say or show much more than that.

What I like about the X Pro1: the optical viewfinder is beautiful (also big and bright), the manual controls easy to use, the image quality is excellent (especially at higher iso), exposure and white-balance are accurate, and the AF very precise. A big surprise: despite it being a fairly large body (about as big as the Leica M9), it’s very lightweight. But the X Pro1 feels very solid – no creaks, flexing, or twisting. Even the doors, covers, and latches are solid. The shutter sound is VERY well engineered. Quiet and crisp.

What I don’t like about the X Pro1: the EVF is laggy (noticeable in lower light or panning) and a bit pixelated, the AF is a bit slow (slower than my Canon 5D, which was no speed demon), the guide-lines are fairly inaccurate (you get about 15% more photo than the lines would suggest), the AF-point change button is located in a horrific position, there’s no RGB histogram in the review, the guide-lines don’t show up reliably when I wake the camera back up, and there’s no independent AF button (it’s coupled directly to the shutter release).

Still, for me, none of these are deal-breakers. I only use the EVF when I need precise framing or am photographing something close up (the frame-lines get VERY inaccurate when the subject is near the camera). The AF, while a bit slow is usually fast enough, is very reliable and only rarely back-focuses. Fuji does provide a very easy-to-reach AF lock button. Which I keep forgetting to use when shooting a series. I’ll get there. I actually have figured a way to contort my left hand to operate the AF -point change button with the  camera on my face. To Fuji’s credit, the AF-point change system is well implemented (besides the location of the button) and I can operate it reliably without even looking at the camera. So I can often get the AF point where it needs to be as I’m raising the camera to my eye.

Finally, one more complaint(s) – everyone rants about how you can’t set the minimum shutter speed in Auto-ISO. I agree. Still, Fuji has had multiple opportunities to fix this and hasn’t, so I think this won’t be changing. So let’s talk solutions.

So, here’s how I get around this problem:

When inside. ISO = auto(6400), shutter = something appropriate for the amount of light, aperture = A. If I worry the camera will over-expose, I can spin the exposure-compensation wheel.

When outside. ISO = something reasonable (like 400 or 800), shutter = A, aperture = 5.6. As long as the light is reasonably bright (we are outside) the shutter speed won’t even get close to the dreaded 1/focal length.

There’s actually another solution: Fix the aperture and the shutter speed and let the X Pro1 adjust the ISO automatically. This works brilliantly well, unless you need to adjust the exposure compensation. It doesn’t actually do anything when you spin the wheel, in an example of brain-dead camera design. Sure, in 1980 you couldn’t spin a dial to change your film speed but this is 2012. You have three major exposure points you can modify (shutter speed, aperture, and ISO) and it’s insane that ISO is getting treated differently.

Ranting aside, this camera works very well for me. I really enjoy the OVF and being able to see the view outside the frame is great. When I have the 35mm lens on, I can leave both eyes open and shoot. This camera is making it a lot easier to shoot on the street, with its quiet shutter, small lenses (less intimidating), and retro look (I really think people are less freaked out when you point an old-fashioned camera at them). It’s great having a camera where most everything important is only a wheel spin away.

One Response to “Another Camera for 2012”