Fuji has a history of unusual sensor design. While the big sensor designers and manufacturers like Canon and Sony focused on boring stuff like making tinier pixels, reducing on-board circuitry, and improving read-out speeds, Fuji was doing wacky stuff like non-square pixels, tiny  helper dynamic-range boosting pixels, and 45 degree rotated pixels. Fuji abandoned their SuperCCD approach around 2010 and for 2012 we have another new tech: X-Trans. Will Fuji abandon this effort in a few years, suffering from mediocre sales and 3rd-party support? We’ll see.

What is X-trans? Well, it’s basically a new way to filter color onto the sensor. Image sensors only detect the number of photons striking the sensor. To be capable of creating a color photograph,a color filter is applied over the sensor. Each pixels gets either a green, red, or blue filter. It’s arranged in a 4 pixels pattern: two greens, a red, and a blue. This is a Bayer filter:

To create a human-pleasing image from this, a demosaicing algorithm is used to give each pixel intensity information for all three colors. This requires a bit of interpretation and guesswork using the adjacent pixels. Because virtually every digital camera ever made uses this filter pattern there is excellent support, from both the manufacturers and third parties for converting this information into a photograph.

Bayer isn’t perfect though. How could it be? Each pixel on knows about one color. When resolving very fine detail the demosaicing algorithm can get confused and product strange patterns and colors – moire. This is dealt with by, believe-it-or-not, placing a filter in front of the sensor (#3 in the image above) to prevent certain frequencies of light from passing through. Which blurs the image.

Sigma’s Foveon effort attempts to address this by stacking three pixels on top of each other with each of those three pixels responsible for red, green, or blue. No demosaicing is required and the Sigma’s output is generally regarded as excellent. Except that Sigma’s implementation performs poorly when signal boosting is required (e.g., when increasing the iso).

Fujifilm has taken an alternate approach. They have taken a normal sensor (rumors say it’s the Sony 16mp sensor used in cameras like the Nikon D7000, Pentax K-5) and glued a new filter pattern on top:

Instead of the 2×2 Bayer pattern you now have a 3×3 pattern, with proportionally more green pixels. Fuji claims that this more “random” pattern eliminates the need for the blurring anti-alias filter. Great! Problem – demosaicing. New patterns require new algorithms. Companies and developers have spent years optimizing their algorithms. It’s a non-trivial issue to support this sensor: Sandy, a digital imaging software developer has an interesting series of posts where he describes how he implemented a new demosaicing workflow for the Fuji X-Trans. He believes that this new sensor is a touch worse than the traditional Bayer sensor because interpolation of the color information is so difficult that the interpolated images have smeared color information.

I’m a bit less pessimistic. While I have little of Sandy’s knowledge, I do know that Fuji’s in-camera processing is superb. I assume that Fuji’s figured out a good set of algorithms to use and is keeping them all to themselves. Which if true, is good and bad. Bad because Fuji may be more interested more in “protecting” their intellectual property than optimizing professional software tools for their weird technology. Good because the future may hold better conversions for these RAW files I’m accumulating. Still, if Fuji or 3rd party people can’t get better optimized algorithms, then Fuji runs a genuine risk of loosing even more of their tiny market share. Still, as Sandy points out, Fuji likely doesn’t care.

What I’m concerned about now is getting the best RAW conversion possible with available tools. Fuji X Pro1 JPEGs are excellent, but I do need to go to the RAW in two common situations:

2. Bad white balance is selected (often indoors, like most cameras)

I’m a fan of Adobe Bridge for both workflow and RAW conversion. Unfortunately Adobe has done a piss-poor job in implementing their algorithm. I’m not sure whether it’s due to laziness or spite. Probably a little bit of both – Adobe gets handed a bizarre new format without accompany information on how to interpolate it and rather then spend hundreds or thousands of expensive hours optimizing a novel algorithm, they slap something together so they can check “Fuji X Pro1” off  their list.

So this leaves, for the Mac, SilkyPix (Fuji’s official solution) and Raw Photo Processor.

The test scene, as rendered by: 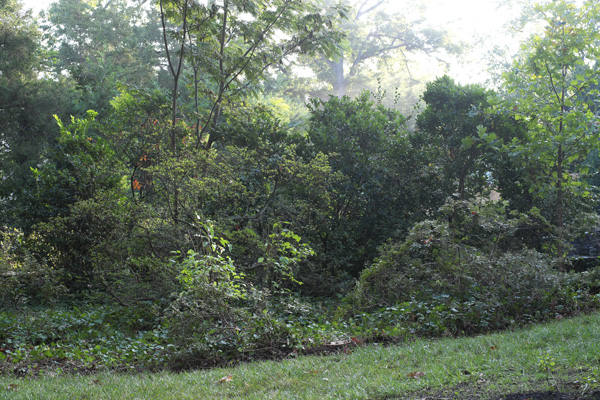 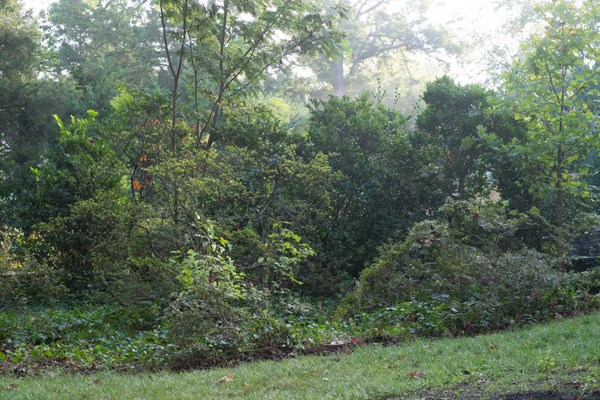 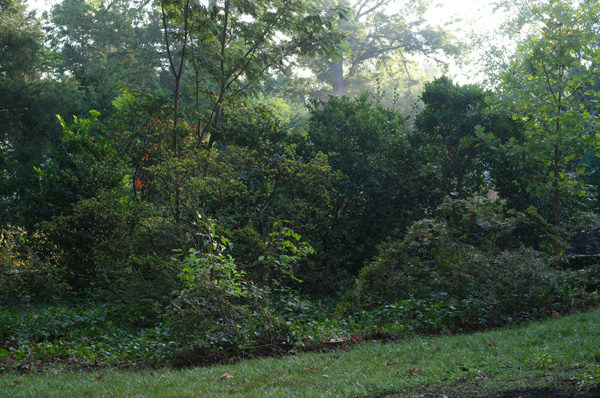 They all do a nice job rendering the scene. I do find SilkyPix’s default settings to be mediocre. The tweaks mentioned above help. It’s a shame Fuji didn’t put more effort into making it possible to closely replicate the in-camera options. They do have Film Color V2 which seems Velvia-like, as well as other color settings like Film Color A (Astia?). I’ll have to investigate this a little further. 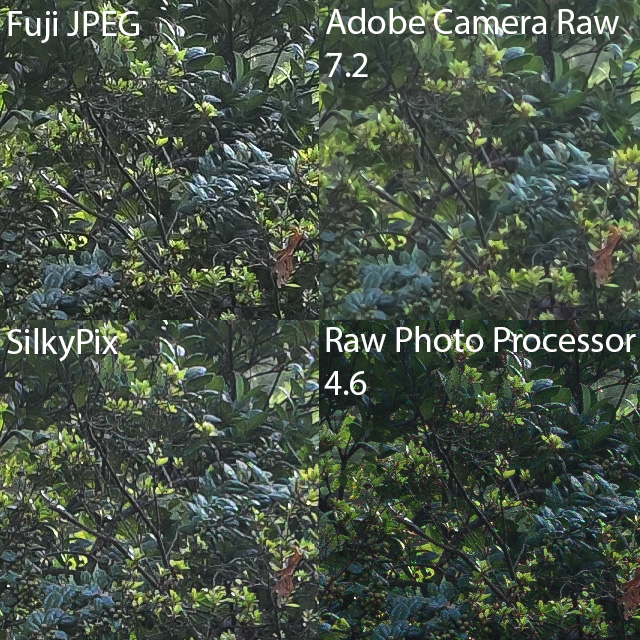 Okay. Clearly Adobe sucks. It renders the leaves as indistinct strokes of color. It gets far worse if you try and sharpen even semi-aggressively, leaving jagged edges around color blobs. RPP does a nice job, but there’s always a smattering of colored pixels dotting the scene. These can be removed with a touch of color noise reduction in Bridge. But still, edges tend to be jagged. SilkyPix very closely matches the X Pro1 rendered JPEG. It looks a bit less sharp, but that’s more likely due to the lower contrast.

I recently came across a slightly different approach to RAW conversion. In short “Kinematic Digit” uses dcraw (which RPP uses) to convert the file and then, to deal with the jaggies, converts the image to Lab, doubles the image size, then uses a 1 pixel median filter to remove the jaggies in the lightness channel. This works fairly well at removing the dotty jaggedness while retaining the sharpness. Below we see RPP with and without the filtering. 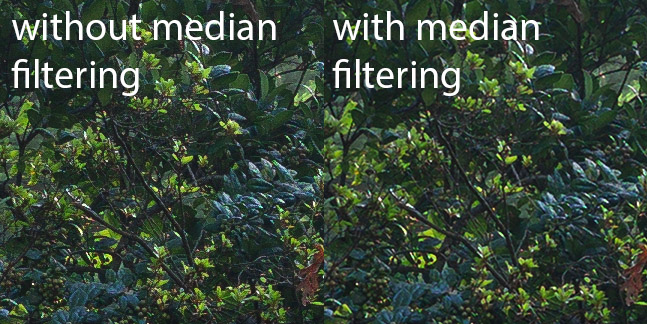 For good measure, I came across another image of mine which also dramatically shows the watercolor effect 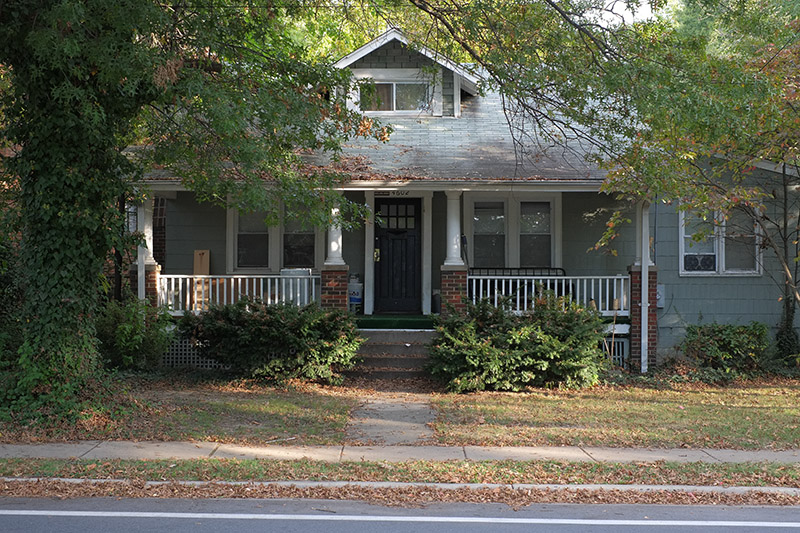 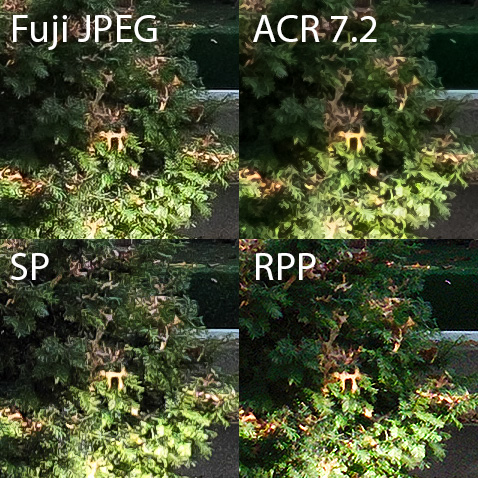 JPEG, looking good. ACR, looking bad. SP and RPP, looking almost as good as the JPEG. The RPP file was median filtered, as described above.

*Update (I forgot the settings)*

So SilkyPix, with a bit of tweaking can very closely match the X Pro1 JPEG. Remember to make sure the white balance is using “Camera setting”, not “Auto”. The settings I mentioned above can be saved as a “Taste”(?!) by going to “Parameter -> Add new taste -> All parameters…” If the scene has blown highlights, I also will use the SilkyPix “View -> Highlight controller” to help bring down the highlights, reducing the EV, and saving to 16-bit TIFF for further editing in Adobe Camera Raw. RPP, with the additional median filtering, also performs very well and has a pleasing color rendition (though a bit different looking than the Fuji JPEG).

Dave Etchell had an interview with executives from Fujifilm, where he asked “Do you have plans to improve the experience of photographers working with the X-series raw files in third-party software?” and got this response: “The camera itself can process the raw files, of course. Secondly, we also have our own SilkyPix software that comes with the cameras, which can work with the raw files. Then in addition, we are working with third-party vendors to provide support. For instance, Adobe already has made a software adapter for the X-Pro1. Our partnership is ongoing with a number of software companies.”

On the face, it sounds promising, but it’s really just a pile of empty words. The Fuji executive reiterates that they have their own software and that they are “working” and have a “partnership” with other companies. What does that mean? Probably nothing more than “we sent a few companies some basic specs on our format.”

Recently, some Fuji representatives have been saying something even more promising, i.e. that Fuji has provided specifications to Adobe and Apple to better support (or support at all) the X-Trans format. Still, my above paragraph applies until we see some real results.

So, will this be resolved? It may depend on the success of the new Fuji XE-1, which uses the exact same imaging hardware as the X Pro1. If this becomes a wildly successful camera, then 3rd party companies will have additional pressure to fully support the format. Otherwise, they may just wait and see if Fuji gets disinterested and drops this unique approach.

If you think you can do a better job, then take a crack at it and send me the full-sized JPEG along with the exact step/settings used.. If I get enough responses, I’ll do a follow-up post. Please keep the contrast/saturation/brightness similar to how I’ve processed the files to make comparisons easier.

Bad idea. You guys blew all of my bandwidth for the month! I’ll see if I can figure something else out. Any suggestions?